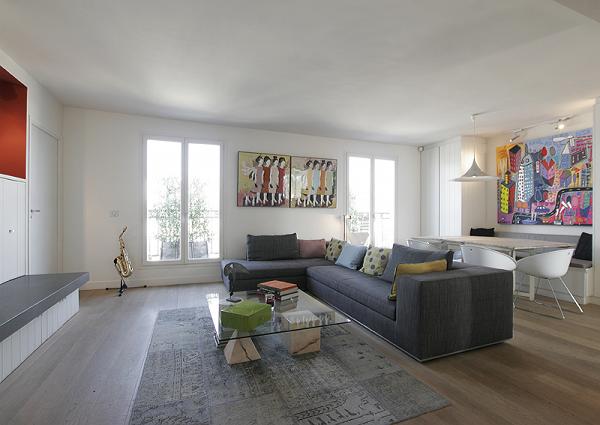 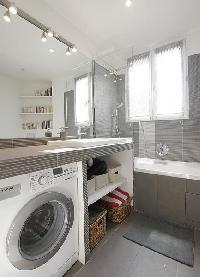 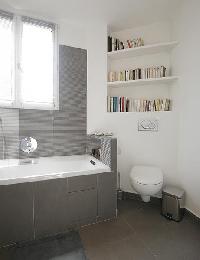 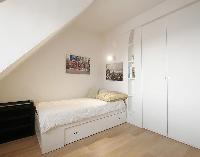 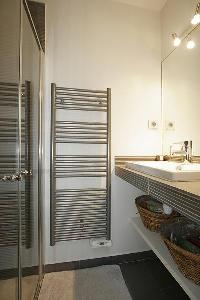 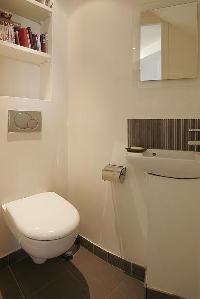 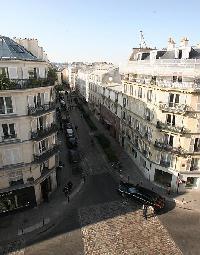 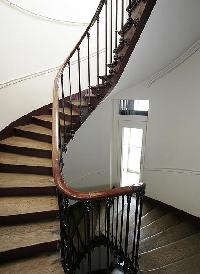 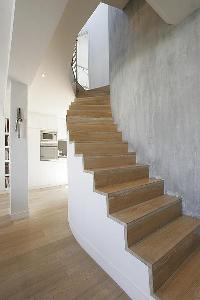 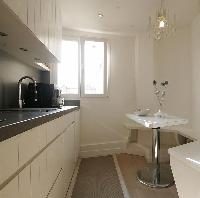 Enjoy Paris in the heart of the city, in one of its trendiest quarters, Saint-Paul and the Marais, in the spacious 3 bedroom, 2.5 bathroom (3 toilets) duplex in a 19th century building. The apartment, on the 5th and top floor, is conveniently accessed with an elevator from the 1st French floor.

Enter into your luxurious apartment and be wowed by the expansive view and wrap around balcony that greets you, in the modern and stylish living room. The living room has a sleek glass dining table and is complemented with a understated L-shaped slate-coloured sofa. Settle in at ease with a Blue-ray player, cable tv, and contemporary sound system.

Next to the living room is a separate WC for the convenience of guests in the living area as well as the first bedroom on the lower level of the apartment. This bedroom has an expansive and comfortable King Sized bed, complete with 3 classic French windows which also open out in the balcony shared with the living room.

Also on the lower level of the apartment is the state of the art kitchen, equipped with appliances such as a fridge, electric stove, oven, microwave oven, toaster, coffee machine, and of course a dishwasher to make the washing up a breeze.

The second level of the apartment contains both bedrooms and additional 2 bathrooms. One of the bedrooms is the larger of the two and holds a double bed with a chest of drawers and a wardrobe. The third bedroom as well, next door, contains a single bed and a wardrobe. Both bedrooms overlook a quiet street. Both bathrooms have a shower and WC, making it very convenient to be shared by a party of 5.