Castles in Paris: A Walk Down Post-Renaissance France

Want a peek into the French aristocratic way of life? See Paris' mansions, palaces, and chateaus which were built during the post-renaissance years. Schedule a trip down to these popular destinations.

Although today’s title suggests that there are enchanting fortresses and castles in Paris, truth is, there are none. What Paris has, however, are mansions, palaces, and chateaus which were built during the post-renaissance years. While they do not look like medieval castles which we often associate former kingdoms like France with, they do give visitors and tourists a peek into the French aristocratic way of life.

The more popular chateaus near Paris include the famed Chateau de Versailles, home to Louis XIV and his wife, Marie-Antoinette, and Château de Vincennes, which served as a prison and execution site during the Great World War and the second World War that followed. If you are visiting Paris for the first time, it may be wise to schedule a trip down to these more popular destinations, but if you’re not interested in shuffling past throngs of tourists, try the smaller chateaus, instead. 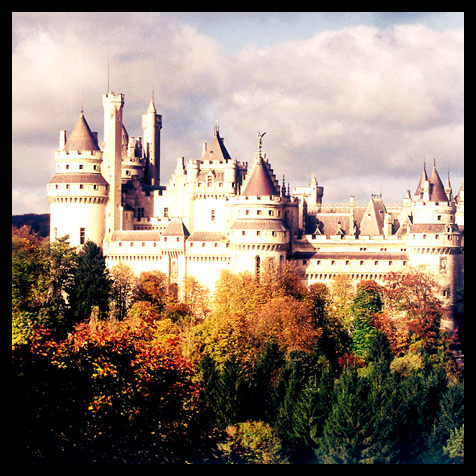 When we think of a castle, we immediately picture tall towers and a well-fortified estate with a nearby moat. Château de Pierrefonds in Compiègne and just north-east of Paris matches this image very well. The exterior of Pierrefonds closely resemble a military fortress because it actually served as a defense military base from the 5th to 15th centuries. AlthoughChâteau de Pierrefonds had been badly damaged by war, it was renovated in the 19th century and now looks like a medieval castle with post-renaissance features. 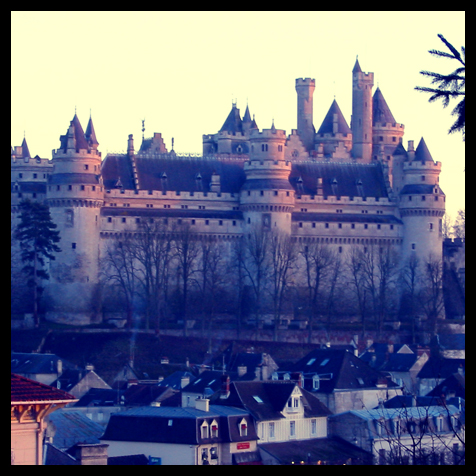 You might have also seen Château de Pierrefonds on the silver screen. This structure was used in Merlin (BBC) and The Man in the Iron Mask (1998).

Another grand destination to visit is Chateau de Compiegne, a real castle turned royal residence in Compiègne, France. The exterior of this chateau was designed with Louis XIV’s preferences in mind making it one of the most elegant and most beautiful homes in France today. Beautiful gardens and unlimited greenery from all sides give this chateau a very magical feel.

Although Château de Compiegne may not be as popular as Versailles, it still commands a healthy amount of visitors daily so make sure to schedule your trip to this chateau properly.

It’s impossible to not fall in love with Château de Rambouillet. Although it is much smaller than the royal chateaus in Vincennes, Versailles, and Fontainebleau, what Château de Rambouillet lacks in size, it makes up for through its surroundings. The beautiful garden and small pond located near the structure makes it look like a mansion from afar, but the details on the exterior of the chateau do suggest otherwise.

It may be difficult to schedule a visit to the chateau since it serves as the summer vacation home for France’s presidents, but it is often open on the months of April, September, and October.

Aside from Château de Pierrefonds, another palace that matches our usual description of a medieval castle is Château de Langeais. This medieval fortress has withstood so many invasions and has served as a temporary military base during the world wars that occurred in our century, but it still stands proudly today as a tourist destination. If you want to see a medieval-era structure, Château de Langeais may be a good choice. To make your trip more exciting, join the Anne of Brittany Tour where you get to dress as a lady-in-waiting or a page-boy and have your tour guide dress up in medieval garb.

For parents or more sophisticated visitors, you might want to taste the wines and spirits brewed here by experienced hands. The nearest vineyard, La Herpinière, has been the source of most Château de Langeais wines and the mastermind behind it is professional wine-maker, Christophe Verronneau.