Visiting Paris on cold days? No worries, you may still have several things to do - go for something unusual like visiting weird and wonderful museums. Père Lachaise Cemetery. Vampire Museum. Sounds interesting? 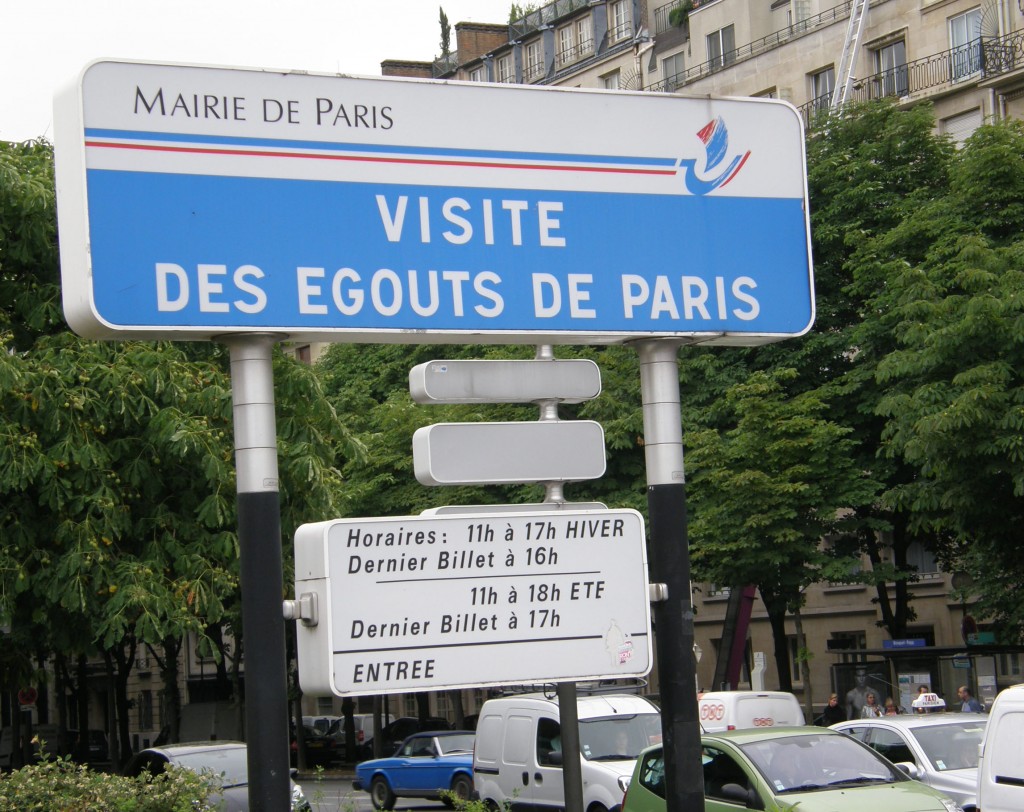 The weather is starting to push us in door. The days are getting a bit colder and a bit shorter. The parks are becoming empty and apart from a few hours in the morning or early afternoon, its not really possible to sit outside for long periods of time without moving. The terraces are starting to be less crowded and people tend to walk a bit faster along the street and they huddle inside their jackets and try to get to where they're going. With all this migration indoors, I thought this would be a great time to talk about museums.

A museum is a great way to spend an afternoon, particularly if its raining. It has the sensation that you are being productive and as you look at the exhibitions or read the description, or just simply look at the art  there is a feeling that you are in the right place at the right time. It's quite a disputed fact, but it has been said many times before, Paris is the museum capital of the world. Ok, London and New York are pretty good contenders as well.

But Paris leads,  in my opinion, not because of the Louvre or D'Orsay but because of the ones that you don't hear about. Museums are great, but frankly, given the option of seeing the  greatest works of art after waiting in line for several hours and being squeezed into a crowded corridor, I'd rather just go to the movies. But there are hundreds of museums, that you may not about. Some of them are quite specialist, but they don't have the same crowds as some of the main ones.

Of course, this is not a blog post to suggest that the main museums are not worth visiting, far from it. But there is quite enough content about them and not as much about these museums. Of course when writing a blog post like this, it's hard to choose which ones to right about. There are quite a few of them scattered across the city and with a luxury weekend away there probably wouldn't be enough time to go and see all of them. Thus it becomes down to personal taste and as I've said above, some of these museums are quite specialist. I've included the ones that I think are not only the most interesting but  also the ones that highlight the diversity of this artistic city.

A very fitting choice this time of years, this place does exactly what it says on the tin. It's basically everything you want to know about vampires, from literature and folklore to popular culture. The museum is run by a vampire specialist and he really knows his stuff. You would expect a museum like this to be maybe in Romania where apparently the folklore began or perhaps in Ireland, where Bram Stoker was inspired to write his classic. But no, it's here in Paris.

It's not exactly your typical museum. It's located in a house on a residential street and it takes about 15 mins by subway to get to it from the city centre. It includes some dark stories about Paris and delves ever so slightly into the realm of witchcraft as well. I was impressed by the collection and it is suitable for children, but it is rather informative and a labor of love for the owner. So while it is suitable for children in the sense that they won't get scared. There is probably not a lot to interest them. Viewing time is by appointment only, so make sure you send an email before you go.

Well yes, as the name suggests, it is just that. As odd as it's sounds. Spending just a few minutes here, you will feel transported to another place. Well, actually several other places. A friend brought me a couple of months ago and I didn't even know the name of the place. It was kind of hard to define, until the name.

So basically a collector from the 1970's started to collect things to help create playgrounds and fairgrounds from various different eras. He also started collecting toys are well. It's a bit like a child's toy museum as well and as my friend pointed out, the older you are the more you'll remember and thus the more you will enjoy it. It's also worth noting that it's a great way to avoid the crowds. We went on a Monday afternoon and we were literally the only people there. Don't expect to spend a too long there as it's quite small. An hour was a sufficient for us. But also don't run through it, allow yourself time to feel like you're in the past. At the time of writing, the museum was open every day of the week.

Is a museum or is it a gallery? It's hard to tell the difference. Originally it was a gallery, house and place of business. The place opened last year and received quite a lot of press attention in the local French media, but it passed by all the tourists. Now all the hype has died down, it is still a great place to visit to beat the crowds although technically it's not a secret to the French. So what is it?

To put it simply, it's a beautiful, elegant and typical large Chinese mansion.... in the middle of Paris. Mr. Loo was an art dealer and art collector. He loved his homeland of China and thus he built this building to live in, work and showcase the various pieces that he had from the Orient. Sadly after this death in the 1950's, it closed and remained closed until last year when a number of private investors decided to repair the building and reopen it to the public. A very interesting way to spend an afternoon if you have an interest in art and decor and even if it all gets a bit too French for you. 5 minutes in this building and you will feel not only that you've stepped back in time but also that you are in China.

I can honestly say, this was not top of my list of things to do in Paris and my friend deserves a medal for convincing me to go. I required some convincing. A luxury weekend away to Paris, one thinks about romantic dinners, river cruises and trips up the Eiffel Tower. I don't like to be that cliche and I like to feel like I'm having a unique and tailored experience but wandering around a sewer in one of biggest cities in the world also wasn't my idea of a luxury weekend away.

Firstly, it's important to point out that you don't actually walk through working sewers of Paris. Apart from being absolutely disgusting, that idea just wouldn't work. There is nothing gross or unclean about this place and in an article about strange, unusual, secret or alternative museums, for me, this absolutely ranks in first place. I haven't done my research but I'm pretty sure, this is the only sewer museum in the world. The sewers are rather unique in Paris and I found that I learned quite a lot from the tour, which lasts just over an hour. I don't want to give too much away because all of the surprises are what really made this an exciting experience for me, so I don't want to ruin that feeling for you. All that's needed to say is  just go. It definitely isn't boring.

It's not technically a museum, but it's old and there is a lot to see and a lot to learn  so there is a connection. It's probably the most famous grave in all of France (definitely in all of Paris). It's huge and it's beautiful and this is a perfect time to visit it. With the trees becoming bare, it has a kind of haunting feeling to it and it's not a place were most tourists go although some do. You won't be alone here but almost nothing is in English, you can spend as long as you want and it's completely free.

Some of the most famous people in French history are buried here and a few very famous international names from the world of literature and the world of music. Look for a particular rock star's grave which will probably be littered with bottles of Jim Bean whiskey. This is a funny yet tiresome problem for the people in charge of the graveyard. And, of course, the most famous resident, (in my opinion, anyway) Oscar Wilde. Get your lipstick ready because you're supposed to kiss the grave with some on your lips.

My advice is to explore for yourself and get lost and wander around the names, but if there are particular names you are interested in visiting  you can get a map from a quick online search, or if you have the budget you can hire a guide and they will take you around and show you some famous name and tell you some interesting stories from people you've probably never heard of. But whatever way to decide to visit this important place, remember guys.... It's a graveyard. Not everyone is a celebrity and although it's nice to take pictures, there are loved ones and family members mourning the loss of some people here... so being quiet and bit respectful is always a good idea.

There are thousands more option for you to explore and even if these Top 5 of my pics don't work for you, don't be discouraged. The main sites are always worth a visit and my advice is if it's really famous there is probably a reason why. So, of course, enjoy your river cruise, climb the Eiffel Tower  it's great. But there is something that's quite to explain  that feeling, when you feel like you are doing something super cool that no one else is doing. It doesn't exactly make you feel like a local but it does make you feel like you've figured things out a bit better than everyone else. And remember  this city will always surprise you.