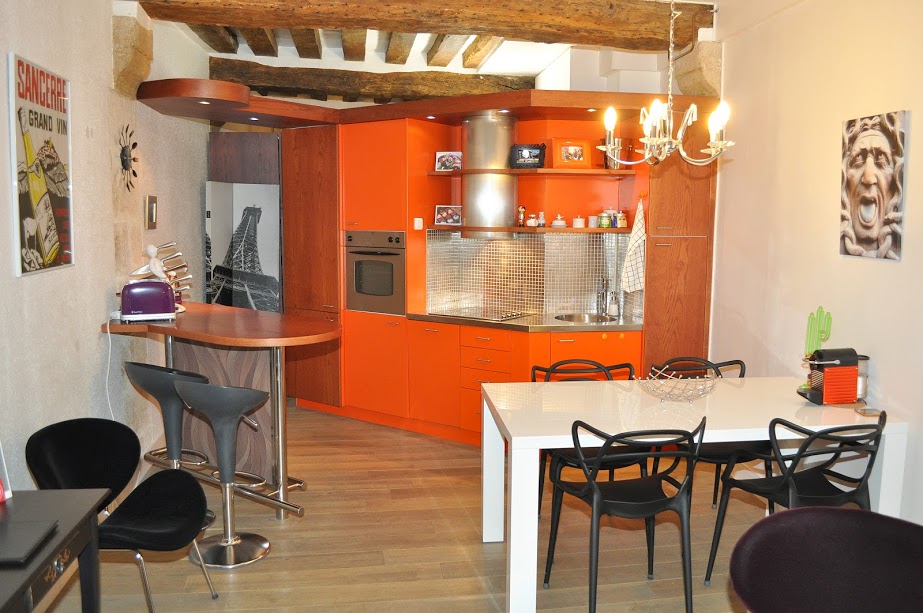 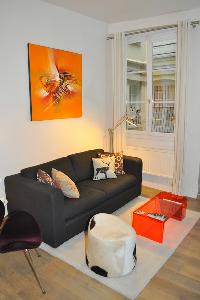 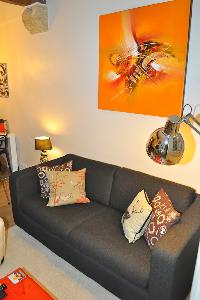 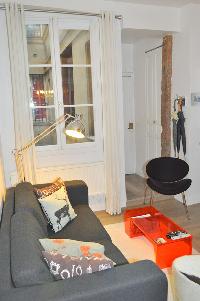 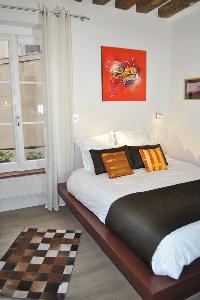 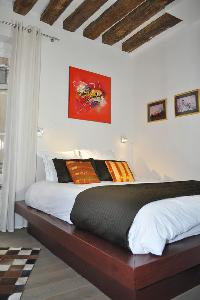 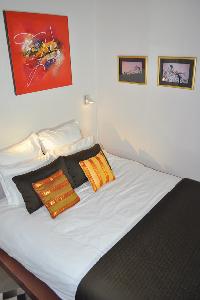 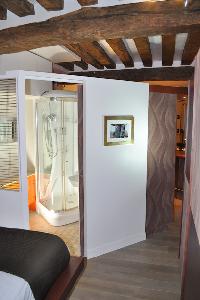 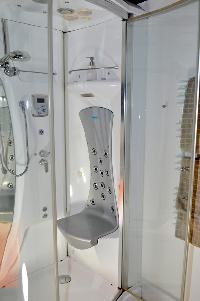 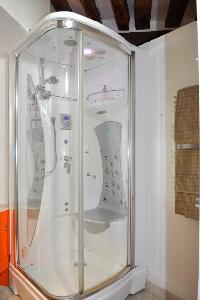 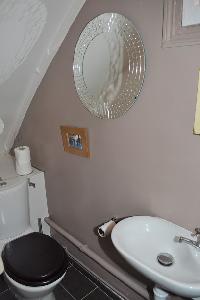 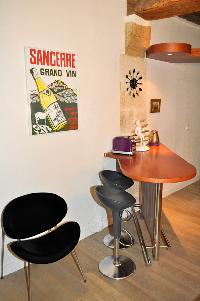 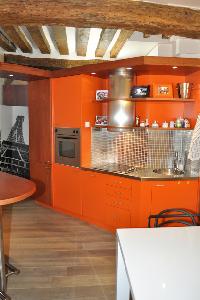 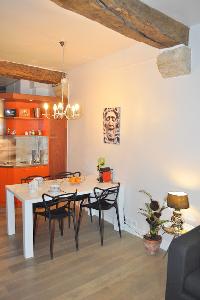 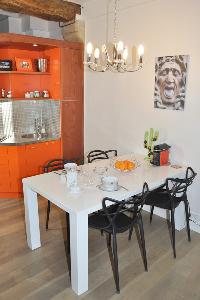 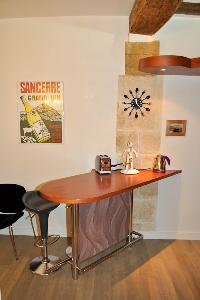 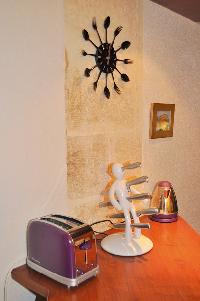 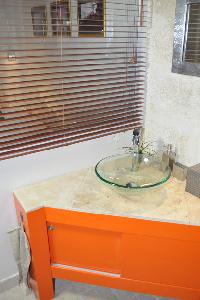 Situated in the Marais area, this 1-bedroom, 1-bathroom mixture of modern and traditional influences apartment is in a prime location. Found along the short stretch of Rue Saint-Paul, this apartment is peacefully nestled on the 2nd floor of a 16th century building with interior view of the quiet internal courtyard reminiscent of the old aristocratic houses best known as ‘Hôtels Particuliers’ during the old times. Notable personalities lived in this area of Paris. Playwrights, intellectuals, aristocrats, nobles, political figures, and notable personalities in French’ arts and literature used to gather in this part of the city.

The apartment is found between two courtyards making it very quiet. Coming in, a warm and cozy living area greets you adorned with a mixture of medieval and contemporary features. You have the parquet floors, exposed oak beamed ceilings, window that opens to the courtyard, modern furnishings such as a contemporary sofa, tables and chairs, cable TV and a telephone.

The dining area seats 4 people and the nearby kitchen is fully functional replete with modern kitchen essentials needed for preparing light to full meals. You have a fridge, microwave, stove, dishwasher and several others. The bright color of the kitchen creates a beautiful accent to the overall look of the apartment.

The lone bedroom is fitted with a queen size bed of high quality mattress and an elegant modern en suite bathroom. It has a toilet, sink, and a massage shower booth with an inbuilt sound system you won’t always find in Paris apartments.

This stylish apartment is ideally located in the most desirable part of the Marais, near the beautiful Place des Vosges, the Rue des Rosiers, and the Place Sainte Catherine, a tranquil square just behind the building. It is surrounded by the best of Parisian architecture and the savory culinary and cultural delights of the neighboring Jewish quarter.

The trendy Marais is also home to endless fashion boutiques, night clubs, restaurants, bars, and cafés. The Place de la Bastille, with the Paris Opéra house on display, is only a few blocks away as well, as is the Seine River itself. Museums and galleries can also be found, just stroll and explore the neighborhood.

Rue Saint-Paul is a short street in the 4th arrondissement in Marais area, rich in history and heritage. A haven of old aristocratic homes, this neighborhood is a picture of a glorious past. It is in the very heart of historical Paris but through the years has evolved as one of the most active, vibrant, and trendy neighborhood in all of Paris.

While public transport is very accessible in the area as you have taxis, bus lines, and metro lines nearby, walking is still the best way to explore the sites and attraction of this great city. The Place des Vosges, the Rue des Rosiers, and the Place Sainte Catherine are within walking distance from the apartment just a few blocks down. The Place de la Bastille, with the Paris Opéra house on display, is only a few blocks away as well, as is the Seine River itself.