For the quieter and simpler folk who prefer to mingle in parks and landmarks that are less crowded, we highly recommend visiting hidden nature parks in Paris. Just because they are off the beaten path does not mean they should be ignored.

It's almost difficult to believe that in a very populous and popular city, there are still a few places that have been kept secret to the rest of the world. There are plenty of museums and galleries in Paris which are hounded by visitors all year round and the influx of tourists will definitely increase during the summer season. For the quieter and simpler folk who prefer to mingle in parks and landmarks that are less crowded, we highly recommend visiting hidden nature parks in Paris.

Hidden, in this context, refers to a place that is not frequented by a lot of tourists and the existence of such a place is only known to the natives. Paris has a lot of museums, restaurants, patisseries, and parks that fall under this category, but just because they are off the beaten path does not mean they should be ignored. If anything, hidden places like these should make your trip to Paris even more exciting. For the summer season, these parks can serve as your reverie from the crowds of tourists who will most likely be in Paris' more popular locations. 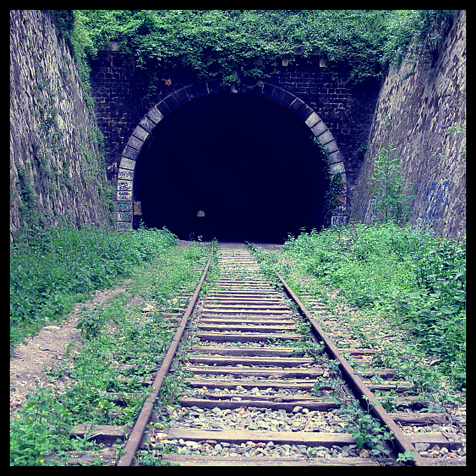 The image of this abandoned railway in Paris has been making its rounds on the internet in awhile, but not a lot of people are aware that the little belt railway is found right between the 16th and 17th arrondissements in Paris. Chemin de fer de Petite Ceinture, today, is a landmark to railway enthusiasts and lovers of all things old and abandoned. A number of Parisien are fighting to make this little railway a protected landmark in France. This abandoned railway commands quite a number of loyal visitors mainly because of the railway's surreal and nostalgic effect. The wood-and-metal railway and the low entryway are all remnants of Paris' military past. The railway, in fact, was created to make the transfer of weaponry a faster process.

Modern buildings, open greenhouses, and a hot air balloon are the most common features of Parc Andre Citroen, a sprawling 14-hectare property in the 15th district of Paris. Parc Andre Citroen is frequented only during the humid months, but the crowd build-up will not be as hectic as in other, more popular parks in Paris.

The public park is home to 8 themed gardens named after colors. On both ends of the park are two grand structures which serve as public greenhouses and, as many call it, a comfortable resting area. 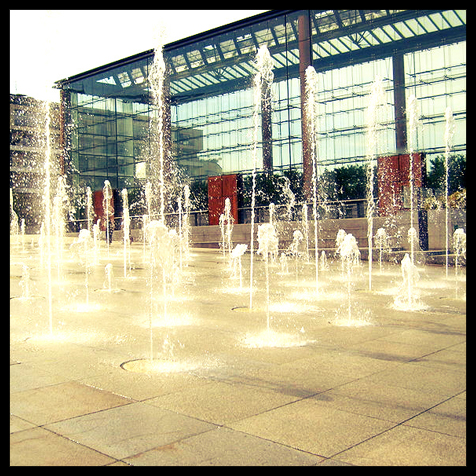 Aside from the gardens, Parc André Citroën is known for its dancing fountains. From time to time, especially during hotter days, you can find a few Parisiens in their best swim suit trying to cool off in this area.

There are plenty of mansions in Paris that have been kept from public view mainly because they are private property, but there are also mansions in Paris which are open to the public and yet, not a lot of people take the chance to relax and see the beauty of nature in these hidden gardens.

Located right within proximity of one of Paris' neighborhoods is Musée Guimet in the 16th district (6 Place d'Iéna, 75116). The museum houses a variety of artwork and cultural pieces from different countries, mostly Asian, but what the museum also keeps from public view is this cozy Japanese-Buddhist garden at the back: 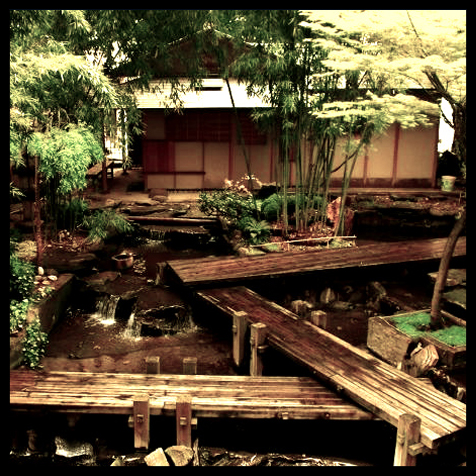 The garden serves as a very comfortable and secret reprieve from the busy world outside. Stay here if you want to think and ponder about the simpler things in life. If you seek the appeal of a home garden, you might like the Jardin du Musée de la vie Romantique terrace underneath age-old trees.

The garden comes complete with lawn tables and chairs, as well as an umbrella and it makes for the ideal location for a small get-together or simply, as a place where you can chat with friends.