Paris from a High

Have you imagined yourself - on top of the Eiffel tower, looking down the beautiful city of Paris? Saying to the world, 'I am the 'king' or 'queen' of the world'? If you think, you're at the highest point in Paris, then you're wrong. Continue reading... 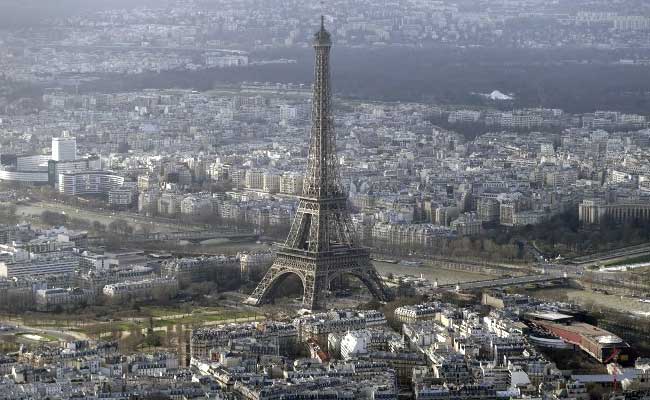 I recently read a book called my 20,000 wonders of the world. It wasn't a travel guide as you might think. It was a kind of an anti travel guide. The book encouraged readers to visit famous places but to see beyond the famous sites and discover something for themselves. I'm not sure, if I achieved exactly that, but I did learn an interesting fact. I love interesting facts.

A nice Japanese man informed me that the highest point in  Paris is..... wait for it....... hold on.... not actually the top of the Eiffel Tower. I always thought it was. It was a nice piece of friendly information, it was just a shame that he decided to make this announcement to everyone in the elevator. The elevator in the Eiffel Tower. There I was, speeding up at high speed in a metal box, only to be told... that its not actually the top of Paris. Some tourists in the elevator ( the ones, I'm guessing that could speak English) asked our Japanese expert friend what was, in fact the highest point in Paris. Any ideas?

I think if you live in the city of Paris, it's not that much of a secret but it's not something I ever knew or gave much thought to. If you look at the skyline of Paris, it does look like the Eiffel Tower is the tallest building in Paris and this is true, it is. Although, I'm not sure if it's correct, to call it a building. Lets call it a structure, just to keep everyone happy. Our Japanese friend told us that theres a big hill in Paris in the 18th district and on top of that hill there is a church, a rather famous church, that you can climb to the top of (with a lot of difficulty, if you smoke a lot, like me) - the Sacré-Cœur.

The Sacré-Cœur is not a secret to anyone. Apparently after Notre Dame, it's the most visited church is Paris. But I never knew it was higher than the Eiffel Tower and when you take a picture of the Parisian skyline, its cool to have the Eiffel Tower included in it. .

After doing some basic research on the internet, it seems the largest structure in Paris still the Eiffel Tower but Bellville on the Rue du Telegraphe is the highest elevation point at 148 meters above sea level. The Sacre Cour is built on a 135 meters elevation. So while the Eiffel Tower is much larger, the church is built on much higher ground.

So, I guess the Japanese tourist was right unless anyone out there cares to challenge him. I do always love a good debate and I hate when I don't know stuff that's apparently obvious to everyone.