Traveling in Paris (or anywhere in France)? Here's an important tip: you should know when there is currently a strike. There is no need to panic, it’s not a bad strike or even a new one. The strike, I’m talking about is the air traffic controller strike. Read more... 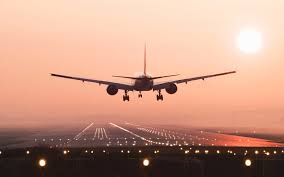 While this blog is normally reserved for activites and events in Paris, I thought I would change the tone a little. It's still relevant to tourist and tourism, but a bit more serious. If you are traveling to Paris (or indeed anywhere in France), you should know that there is a currently a strike.

“Yes, yes, yes but there are always strikes in France” - I can hear you shouting at your computer screen. This is definitely a stereotype that we French have to deal with and we are not why we have this stereotype. I lived in many different European countries and I honestly don't think our government institutions strike any more or less than some of our neighbors.. But its just one of the labels we have to live with.

The strike, I'm talking about is the air traffic controller strike. There is no need to panic, it's not a bad strike, or even a new one. It's been going on for a while. I've noticed that international media don't really write a lot about it, because it is really a domestic issue. It's difficult to write about it without getting into the politics of the dispute. Any attempt to explain exactly what is happening results in somehow taking a side or at least, favoring one side. This blog is definitely not a place for politics (thankfully) but it is related to tourism.

My advice is to check with your airline and see what the consequences are. I will be nothing serious and they strikes are only happening in short bursts. It's not like, they just walked out of their jobs. It's more of a “go-slow.” But they can be unpredictable. They have strikes 14 times now in since April and it is difficult to see when exactly it will end.

Stay up to date with news coverage and advice from your airline. If you are traveled from outside of Europe make sure, you plan for the possibility that you might be delayed just a little bit or you might be held a bit longer in your home airport or stopover destination on your way to Paris or another French city. Once you know and you make provision and you make a plan, it really isn't;t that big a deal but if it takes you by surprise, it can be annoying.

Also, people like to exaggerate the problem - “there no planes... at all flying into Paris, if you go, you could be stuck there”. I heard someone say this in London recently. This isn't true. Of course planes are landing, it's one of the busiest cities in the world, in terms of air traffic. If that was true you'd know all about it, trust me.