Paris as the center of the fashion industry holds the name of the global fashion capital of France and the world. If you are visiting in February, lucky are you to witness Paris Men’s Fashion Week and Paris Haute Couture Fashion Week. 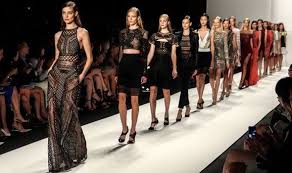 In the month of February , as the city is trying to breathe some life, art and creativity into 2017, there are two amazing events taking place.  Paris Men’s Fashion Week and Paris Haute Colture Fashion Week. I was lucky enough to attend both events last year and not only did I have a truly wonderful time, I felt very inspired.

It’s long been established that Paris is not only the fashion capital of France or Europe, but of the whole world. Milan is incredible, London is amazing and Tokyo is so cutting edge, but nothing compares to Paris. It doesn’t matter who you are or where you come from, if you are making clothes, or showcasing them, this is the city where you need to be. But has anyone ever wondered why?

I guess it’s one of these established facts about the world. London is the banking capital of the world. The British had a global empire and English ( although highly debatable by a number of academics ) is the default business language of the world. So that makes sense. But Paris and fashion, where exactly is the connection. Like many things, we have to look at history.

Put simply, they were the first to turn into an industry. In terms of manufacturing, sourcing of raw materials on the large scale and responding to the market demands of the day by creating different designs, Paris led the way. There were two reasons for this. Firstly, the monarchy. Ok, Europe had a lot of kings and queens but the vanity of Louis XIV, really got the ball rolling in the fashion world. He was going bald, so he increasingly started to wear outlandish wigs to cover it up. And while the monarchy may have died in France, the upper class still kept the traditions of excess and luxury. To such an extent, in fact, that it made their European counterparts rather jealous. And from that point, enter Charles Worth.

His story, is like many other fashion designers except for one slight difference. Historians are all pretty much in agreement, that we was the first, major fashion designer. He wasn’t a tailor responding to individual demands, he was mass making items in response to demand and the style and design of the day.

And from him, the list just keeps getting bigger and bigger. Whether it’s Louis Vuitton or the ground-breaking 20th Century designer Chanel. What started in the pages of history, just keeps moving forward. And if you take yourself to any fashion event in the French capital this year, you’ll have a clear idea where it is going.