The Tastiest Baguette Places in Paris

If there's one French food that you've probably already known without having to visit the country itself, it's the baguette. Through the years, particularly in pop culture, the baguette has become the unofficial symbol of French cuisine. And it's not ee the best one out there. It's simply bread, baked in a certain way, that tastes in a certain way, and, of course, looks a certain way. But before you dismiss this French classic as somewhat of a comical pop culture icon, there are places in Paris, the country's capital, that sell the finest baguettes in town. You'll want more after your first bite! 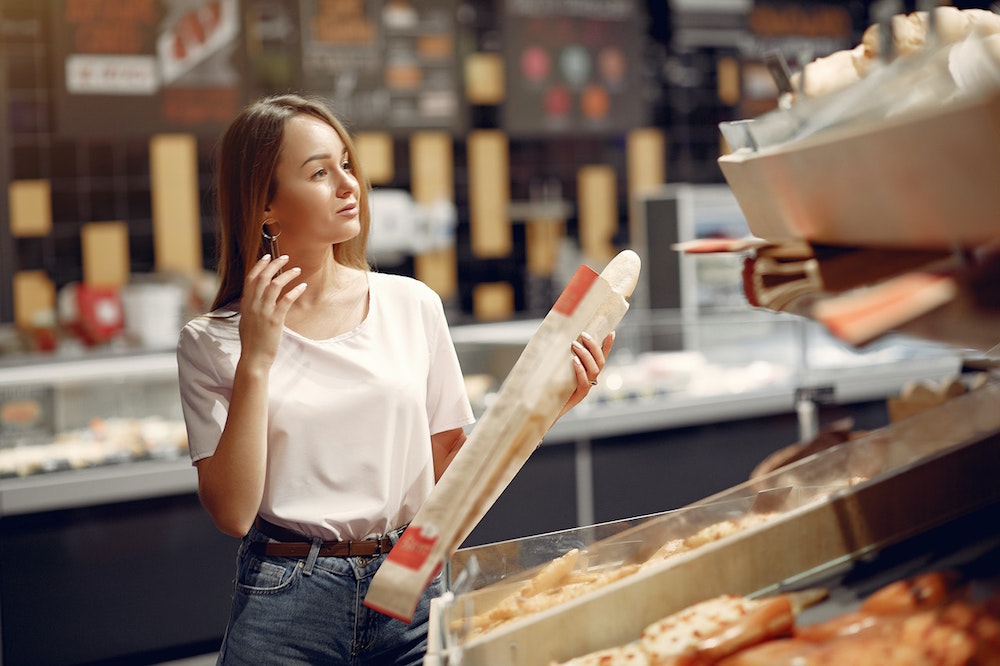 Along Rue des Martyrs in the famous district of Pigalle, Arnaud Delmontel stands proudly as one of the benchmark bakeries of Paris. For years, they've been providing locals and tourists alike a boatload of fresh pastries, breakfast treats, and more. of course, the star of their show, however, remains their baguettes. Their famous "Renaissance" baguette, in particular, has had many people lining up to their store to get the warmest and the freshly-baked batch for a good breakfast treat. There's simply something about their bread that has people wanting more, even, at face value, it looks like any other loaf in the city. 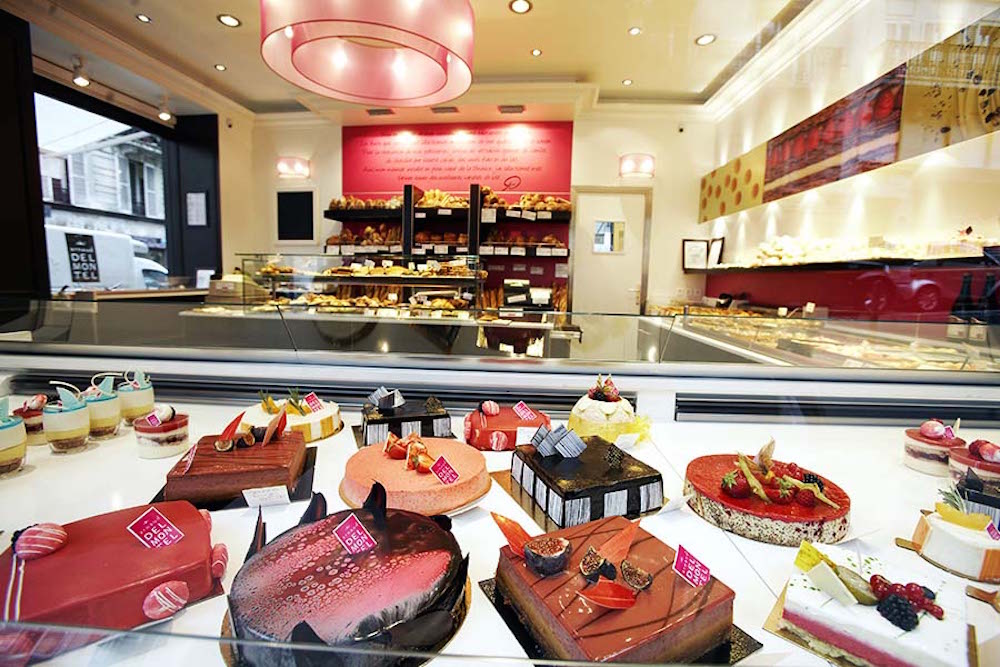 A crispy shelter, a softer innard, and golden brown perfection. It's no wonder that Boulangerie 2M along Boulevard Raspail won the coveted "Best Baguette" award in 2018. And as a result, this now-famous bakery was able to feed none other than the French President and became somewhat of the presidential baker for the rest of that year. If you wanted to taste what the classic baguette is like, Boulangerie 2M is one of your best bets. They bake theirs in a way that's just right. The outer crust isn't too hard, the softness of the innard is just right, and more! 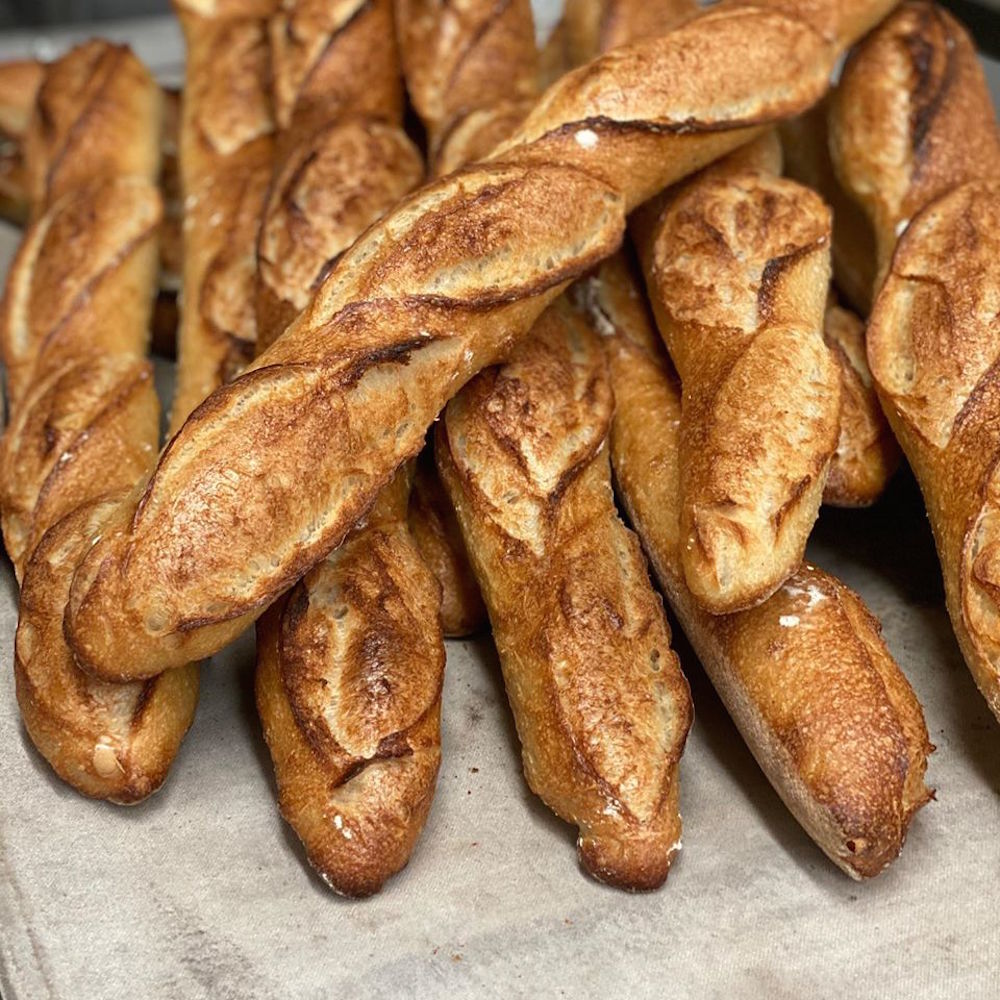 Upon your first bite, you might not know what's so worthwhile about the baguettes in Dupain. Sure, the bakery's location itself near the iconic Place de la République is impressive, but that seems just about it. Their bread, whilst tasty, doesn't necessarily taste any different than those from other bakeries. Well, if you didn't know it yet, the baguettes they serve here are actually some of the healthiest in the city. Made with organic flour milled by family-owned mills in the French countryside, you can't get any more natural and healthier than this. Every bite is a bite for your health. 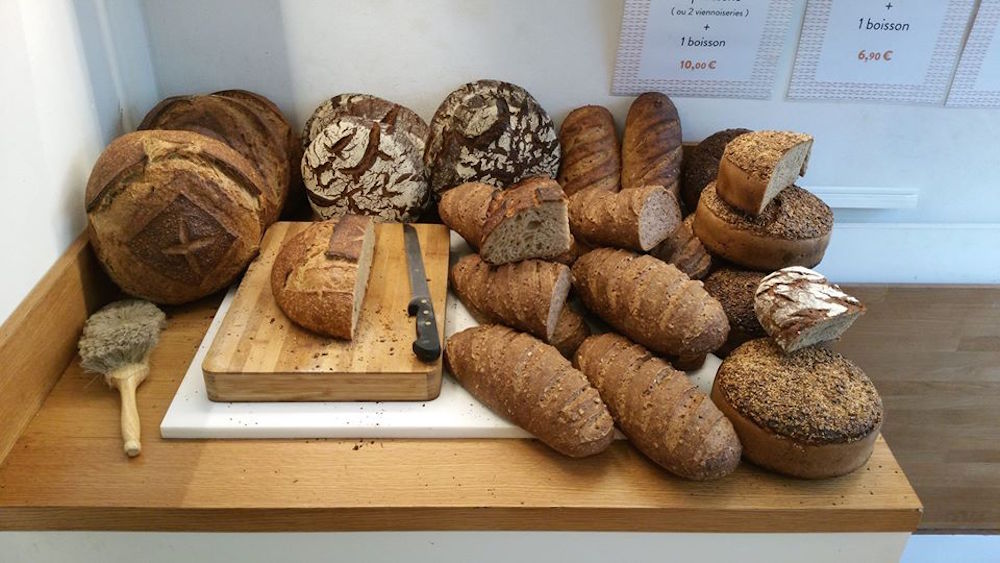 Montmartre is the kind of place you'd likely read about in romantic French novels. However, did you know that you can't actually get some of the finest baguettes in Paris here? It's in this famous district that prominent gourmet baker and cookbook author Gontran Cherrier opened up his now-famous bakery. Here, you can purchase fascinating baguettes with flavors such as black sesame and the like. Of course, his classic standard loaves will always reign supreme. Whether you pair them with cheese, spread some jam, or even enjoy them with a nice cup of coffee, they'll still taste oh so good!

Paris' Latin Quarter has many secrets and hidden gems just waiting for explorers to stumble upon them. One, in particular, that's not exactly a secret nor hidden anymore, is La Maison d’Isabelle bakery. Located along the often busy Boulevard Saint Germain, this place has become a popular bread-stop for people spending time in the Latin quarter. And their delicious baguettes are the cause of such. Made with naturally-made yeast, their loaves are scrumptious yet rich at the same time. They're perfect to slice up and make all sorts of delicious French sandwiches for a nice afternoon snack! 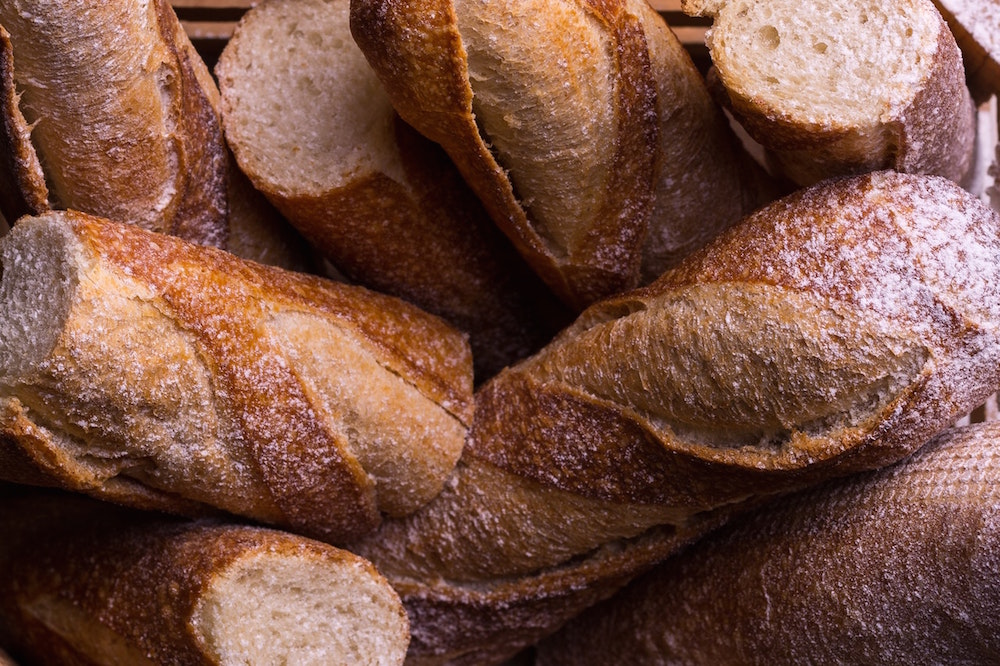 Up along Canal St. Martin is a beautiful and upscale bakery that's worth checking out. Not only because of their sweet pastries that will give you a nice sugar rush—one that you probably already needed from walking through Paris for hours. Not only because it's an eye-catching space made out of solid marble. But also because the head baker here is none other than the great Benoît Castel. His baked goods, particularly his golden brown baguettes, are often highlights for any food trip in Paris. You'll never look at another baguette ever again once you've tasted his own here! 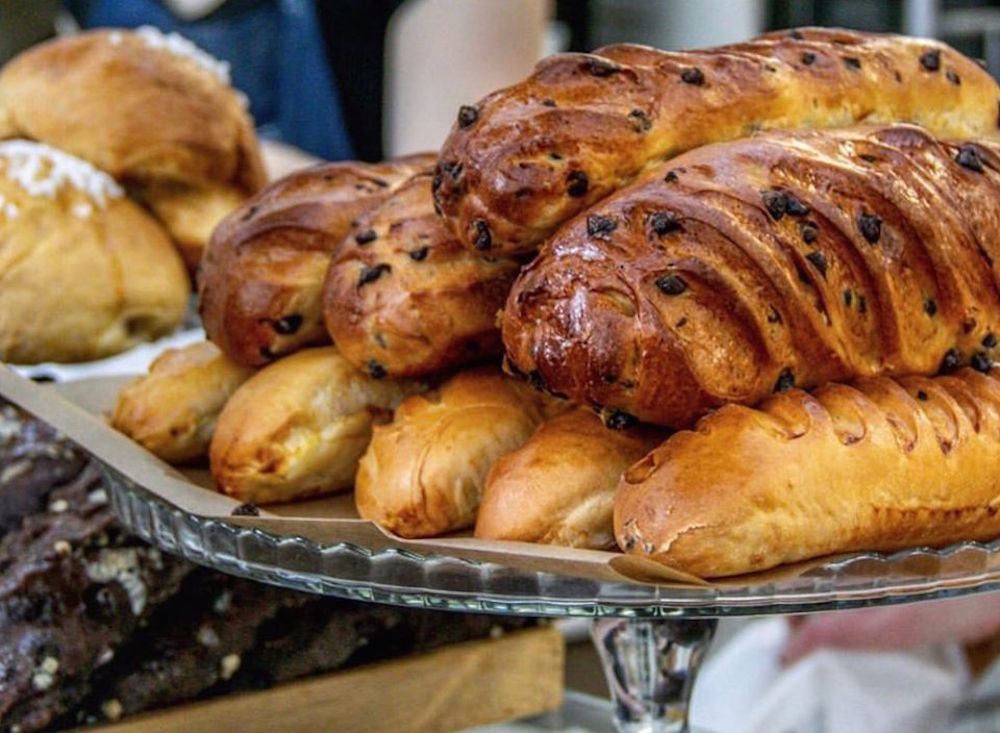 Isn't always so grand when the "East-meets-West?" Well, that's the type of culinary vibe that French Japanese couple Rodolphe and Yoshimi Landemaine wanted to show off in their Maison Landemaine bakery. Set along Rue de Clichy, their baked goods have become the talk of the town for many years now. And while most of their treats do have that "East-meets-West" flair, their baguettes are as French as ever. There's no denying that golden brown finish, crunchy crust, and delicately soft innard as anything but a classic French baguette. Perhaps one can still incorporate the Eastern side with their filling or topping. 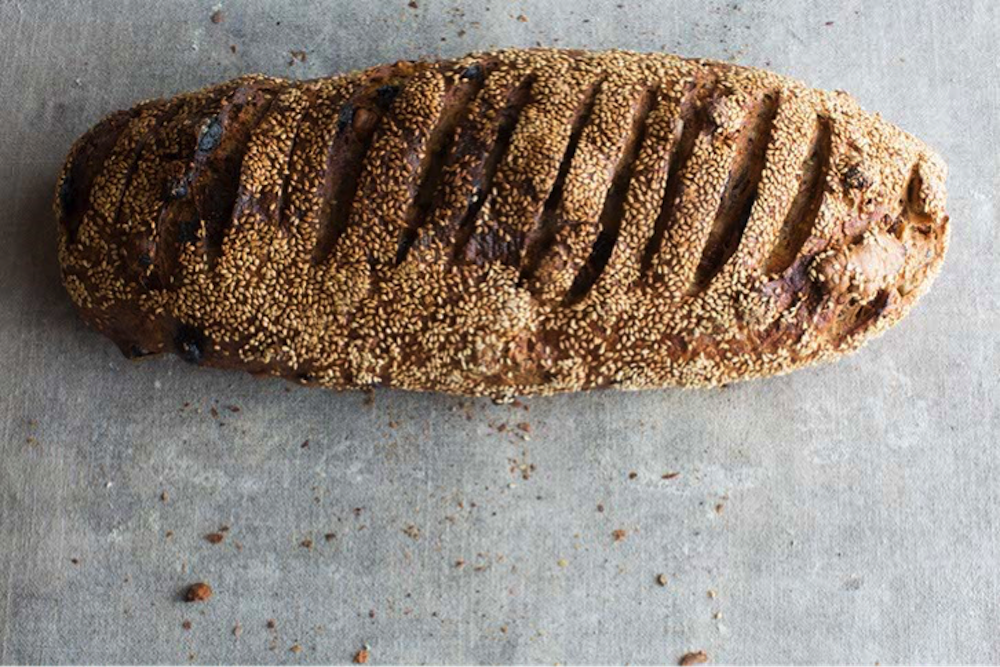 The famous Aligre Market in Paris is always so busy and bustling, it's not exactly a place you'd want to explore. Most especially if it's your first time in the "City of Lights." However, if you want to taste and bite into what is arguably the crunchiest baguettes in the city, going here is your best bet. It's in this popular market where you'll find Moisan, a little sweet retreat from the crowds in the area. While their desserts are divine, their crunchy loaves are reason enough to go here. Be it on its own or with some delicious filling, this is one baguette you shouldn't miss in Paris. 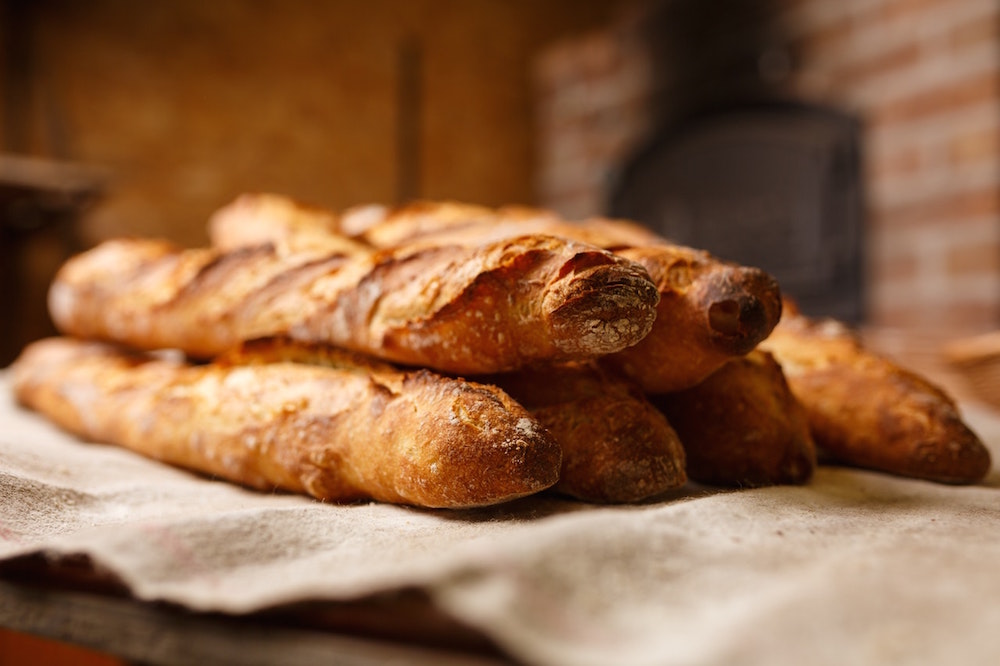 Paris is home to the baguette, or at the very least, home to some of the finest baguettes in the country. All of these notable bakeries have something different to offer with regards to this iconic French food staple known around the world!